Syracuse is the spearhead of culture in Sicily, in fact it is the home of classical representations that reflect the tragedies of the great Greek authors. Every year the season opens at the Greek theater, for the archaeological park of the Syracuse Neapolis, organized by the INDA – National Institute of Ancient Drama.

For over one hundred years, since 1914, between May and July, the theater has awakened and brought myths and legends to life by nailing spectators from all over the world onto the stairways. The cavea houses works by Aeschylus, Sophocles, Euripides in the same scenario in which they have staged them in life, which is why it is a unique and unforgettable experience.

For each season the INDA foundation selects three classic works that are linked together by a single logical concept and entrusted to set designers of international caliber.

The Greek Theatre of Syracuse

The Greek theater of Syracuse is the perfect location, with a still intact cavea and the magnificent acoustics that can make sounds to the highest rows.

It is divided into two sectors that can be reached by a semicircular corridor called diazoma, enriched with engravings bearing the names of the great Greek gods such as Zeus and Demeter. The orchestra is located at the foot of the cavea, with an altar dedicated to the god of art and the theater Dionysus.

The theater is one of the buildings of the Greek era that has been preserved better, so as to remain intact even the carontee stairs that allow creating special effects such as appearing and disappearing from the stage.

If you are interested in seeing it live, we suggest you read our detailed article on the Greek Theater of Syracuse, where you can find info on timetables and tickets.

From 9 May to 6 July 2019 there will be three performances that will be shown at the Greek theater. The 55th edition will revolve around the theme “Women and war”: “Le Troiane”, “Elena” and the Aristophanes comedy “Lisistrata” are the three new productions entered by the Inda Foundation.

The chosen titles focus on female protagonism and express profoundly different ways, a criticism of all wars, with a variety of characters, plots and characters, entrusted to a collective of women won like the Trojans or to single heroines such as Lysistrata or to an Elena made of air, for which was vainly fought at Troy.

“Le Troiane” by Euripide, which will be staged for the fourth time after the editions of 1952, 1974 and 2006, is one of the most heart-rending and choral tragedies of all ancient drama and brings to light the drama of Trojan prisoners, made slaves and subjugated by the Greek heroes who won the Trojan war, whose destiny, however, looks equally tragic. The pain of the most illustrious Trojan women, Ecuba, Cassandra, Polissena, Andromaca explodes in distinct episodes and highlights the inevitability of the destiny of death and violence with which the will to power that dominates the male universe has crushed the feminine universe .

“Elena”, staged only once at the Greek Theater of Syracuse, in 1978, is instead a sui generis tragedy, not without comic elements, in which Euripides proposes a disturbing dialectic between true and false, between reality and appearance telling a story parallel to that narrated by Homer where the real Elena was taken by Hermes to the island of Faro in Egypt and it is only “his image” that went to Troy with Paris. A very strong representation of the “useless massacre” of the Trojan war.

For the second time at the Greek Theater of Syracuse, after the 2010 edition, also the comedy “Lysistrata” will be staged, where the protagonist rises to the role of heroine and bearer of peace, inducing the women Athenians, Spartan, Theban to a strike of sex and forcing men to make peace. 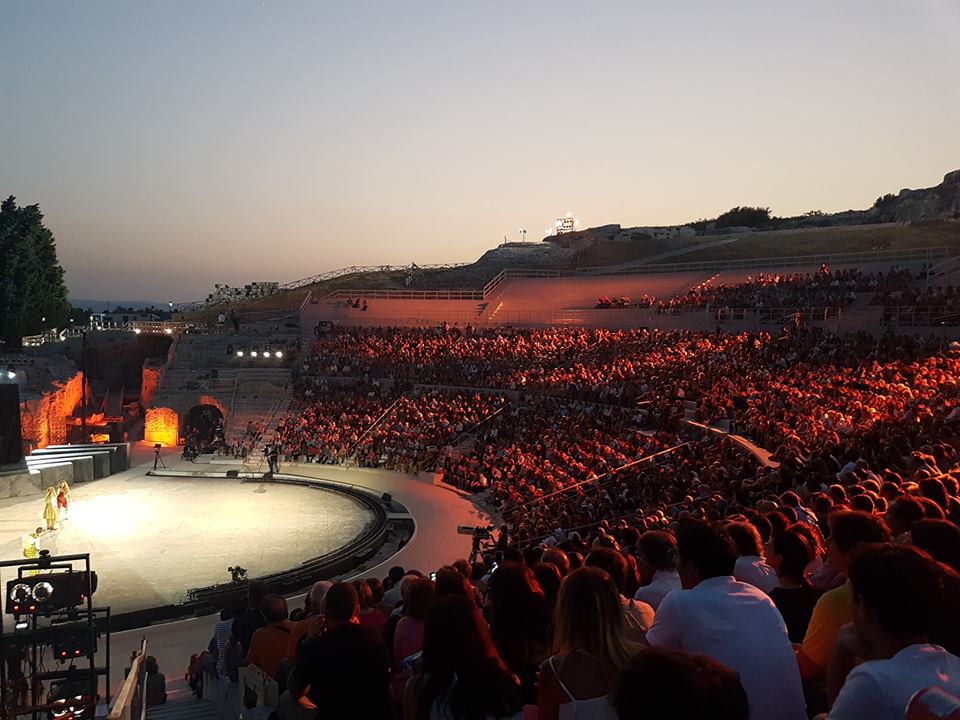 The program of classical representations 2019

Do you want to experience the extraordinary beauty of classic Syracuse representations? Well, here’s the link to consult the entire 2019 program of Greek tragedies directly from the INDA Foundation’s official website.

If you want to buy tickets for 2019 classic performances, you can directly consult the official retailer who is Viva Ticket from this link: